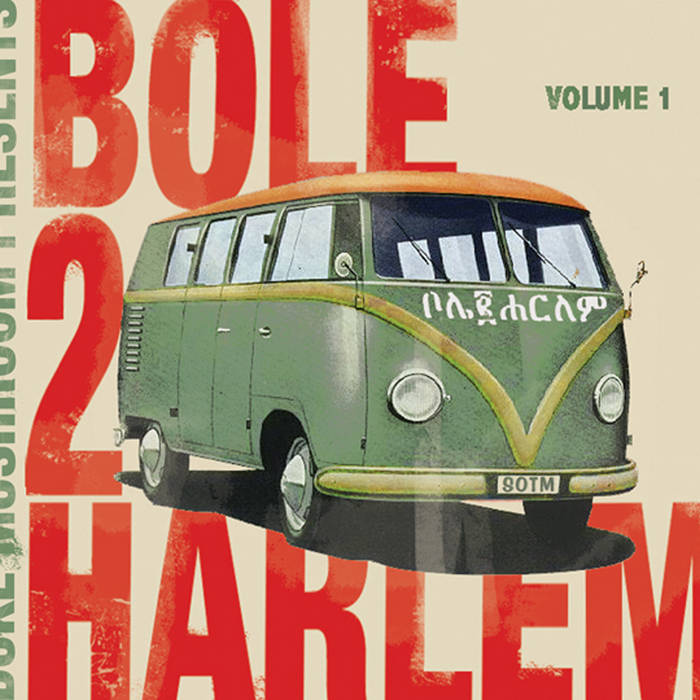 Rediscover the Revolutionary World/Urban record that is ranked #10 on Songlines list of “Top 75 Best World Music Albums ever.”

"Bole is the entry/exit point for Ethiopia, and Harlem is the entry/exit place for African music in America. This record is the concept of ashagre: building a bridge between those worlds. Creating a space where they can both exist without musically or culturally diluting either one. Bole 2 Harlem Volume 1 is a party, a celebration, a gift back to Ethiopia. The World can Flow as One. Music is the frontier to pave the way." --David "Duke Mushroom" Schommer, producer

Bole 2 Harlem Volume 1 was originally released in 2006 and immediately hailed as a global/urban music classic. Black Swan (a division of White Swan Records) is proud to reintroduce this exciting and essential album that still sounds as fresh as the day it was released - and continues to attract new listeners.

Produced by David "Duke Mushroom" Schommer (creative wizard behind EarthRise SoundSystem and Go-Ray & Duke and founder of White Swan partner label Yoga Organix), Bole 2 Harlem is more for your yoga party than your yoga practice. It's a favorite of yogini Shiva Rea and will get you off your mat and into the groove!

Produced by David "Duke Mushroom" Schommer for Sounds of the Mushroom