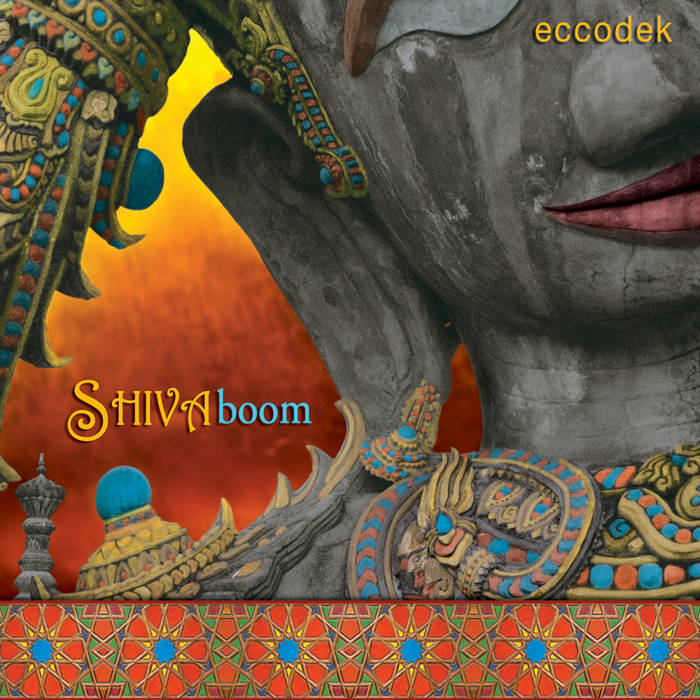 Shivaboom is the third chapter in the still-unfolding, cross-cultural story of Canadian sonic sculptor Eccodek (aka Andrew McPherson). Increasingly recognized for his lush, aural panoramas steeped in dubwise bass, driving grooves and soaring melodies, Eccodek has become a potent and sought-after voice on the global dub scene, joining the rarefied ranks of such musical alchemists as Cheb i Sabbah and Gaudi.

Shivaboom’s nine tracks reflect the newest facet of Eccodek’s musical persona: the DJ (the album borrows its title from the name of Eccodek’s monthly DJ residency in his Guelph, Ontario, home). While as a multi-instrumentalist McPherson remains deeply committed to the organic process of writing and collaborating with fellow artists, in his new guise as DJ he keeps a careful eye on the dance floor, where the proper alchemy of electronica and global sounds can move the room in powerful new ways.

Through his own records as well as recent remixes for the likes of Vieux Farka Touré and Turkey’s Doublemoon Records, as a featured artist on the world renowned global chill series, Buddha Bar, or as the only Canadian contributor to National Geographic’s GeoRemix Project, Eccodek has forged a sound for our modern, culturally diverse times – an accomplishment reflected by his receiving 2007’s Canadian Music Award for Favorite World Artist.

Like its predecessors More Africa In Us (2005) and Voices Have Eyes (2007), Eccodek’s Shivaboom echoes the ancient past while keeping a conscious, culturally inclusive eye to the future – furthering a global dub journey that takes cultural authenticity over the cutting edge.