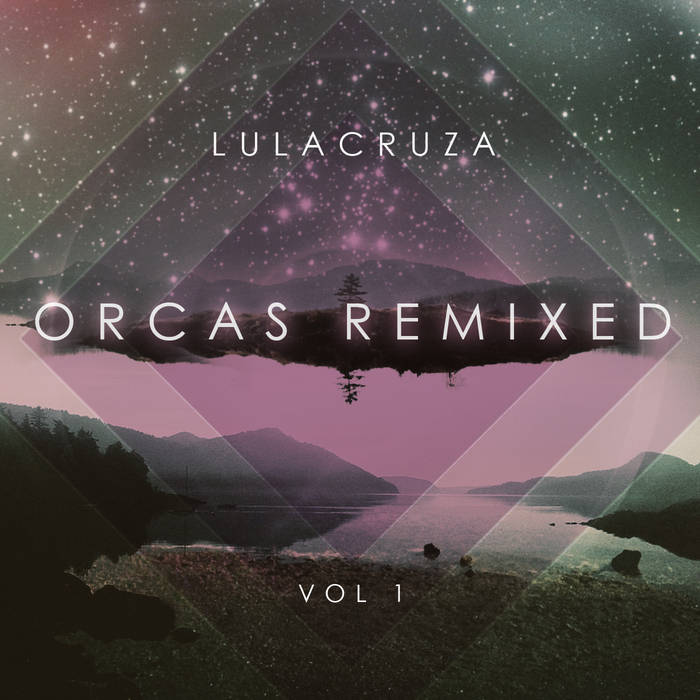 In 2015, after 10 years of recording and touring through over 50 cities in five different countries, electronic folk duo Lulacruza released Orcas, their critically-acclaimed fifth studio album, and most intimate work to date. To make the recording, Lulacruza traveled from their native South America to Orcas Island in the Pacific Northwest, crafting a both delicate and powerful album, which has garnered critical acclaim from Gilles Peterson to the Huffington Post, who wrote, “As musical alchemists, [Alexandra] Ortiz and [Luis] Maurette have achieved a harmonious balance between organic and inorganic sounds, creating a truly shamanic sonic journey.”

January 15th, 2016 will mark the release of the first volume of Orcas Remixed, for which Lulacruza invited a select group of internationally renowned electronic music producers from across the globe to remix and rework their pristine, hyper-acoustic songs. The remixes will be released in five volumes of four remixes each through a “pay-what-you-want” download model, matching up producers from a wide range of genres and collectives, including digital cumbia from Argentina, New Mexican desert techno, transformational jungle kirtan and more.

Lulacruza is releasing Orcas Remixed in collaboration with Colorado-based label, Black Swan Sounds. Since 2011, BSS has pursued a new vision for global music and has been a leader in the yoga and devotional electronic music scene, a unique match for Lulacruza’s deep roots of electronic folklore and ancestrally rooted music. Says Black Swan Minister of Music Joel Davis, “As a listener, I’ve been a fan of Alejandra and Luis’ music for several years, and as someone working in the record industry, I’ve admired their out-of-the-box, DIY approach. Given Black Swan’s aim to create a new paradigm for the 21st century record label, teaming up with Lulacruza on the Orcas Remixed project feels like a natural fit.”

Released in partnership between Lulacruza and Black Swan Sounds.