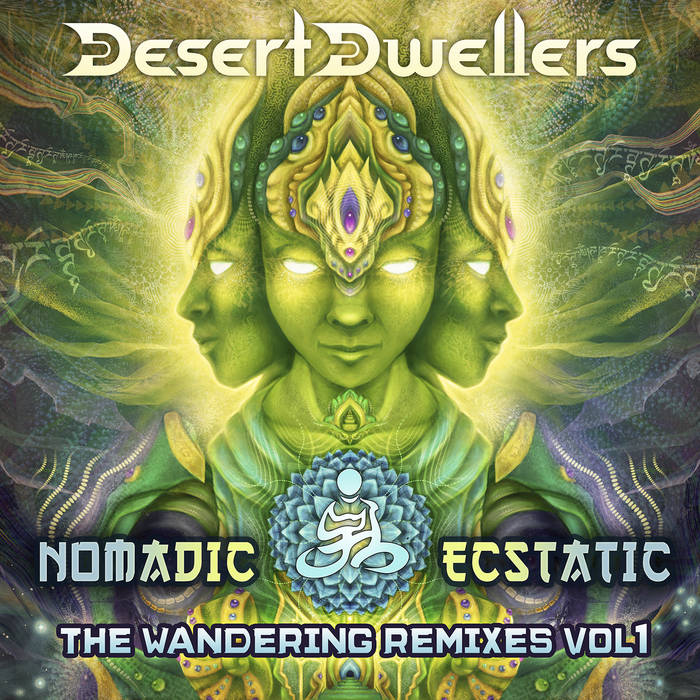 On Nomadic Ecstatic: The Wandering Remixes, some of the top names in the underground global bass scene take on track by downtempo/
psychill power duo Desert Dwellers.

The original tracks forming the basis for these stellar remixes were
composed by current Desert Dweller Amani Friend and former bandmate
Rara Avis for a series of Yoga DVDs co-produced by Craig Kohland of Shaman’s Dream. These soundtracks make up the Yoga Dub series on Yogi Tunes - an independent website specializing in music from the yoga scene. Founded and run by former Dweller Avis, Yogi Tunes possesses a penchant for presenting electronic gems that flow seamlessly — and naturally — with the yogic lifestyle (as well as Burning Man and at electronica festivals around the world).

One of Desert Dwellers’ most popular tracks is “Wandering Sadhu” — a song remixed in a diversity of ways for this two-part, digital-only collection.

For over a decade, Desert Dwellers have been creating exceptional original material, steadily and deservedly ascending the ladder to musical renown. Filtered through the minds of a broad spectrum of visionary producers, that material is transformed into Nomadic Ecstatic: The Wandering Remixes - a truly tremulous set of music from global electronica’s cutting edge.