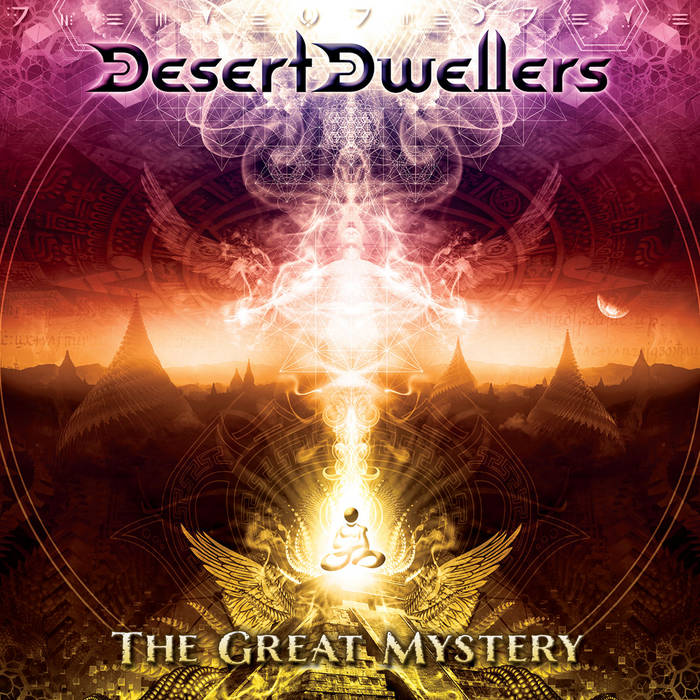 Desert Dwellers, the production duo of Treavor Moontribe and Amani Friend, are set to release their new album, The Great Mystery, on March 20 via their self run record label Desert Trax, and their partner label Black Swan Sounds. The Great Mystery is truly a jet setting piece of work. The 12-track collection was predominately recorded on the road, in airports, airplanes, and hotel rooms and finished in multiple studios in multiple countries. Even the live recordings were done with various musicians and singers from around the world in rooms ranging from Berlin to Santa Cruz over the past 2 years.

The album’s vast range of musical inspirations are just as mixed as its diverse recording locations. The pair’s musical palate spans from classical world music to psychedelic rock, all forms of hypnotic deep electronic music, reggae and dub, to pop and everything in between. The duo enthusiastically states, “Its always been a dream to create an album that embodied many of the styles we resonate most with, and The Great Mystery is that album!” They add, “When it comes to electronic music we have always refused to be ‘genrefied’ and this album goes on the complete journey from our classic tribal downtempo grooves to tribal techno, psychedelic trance, dubstep and ambient, all under one unified sound.”

The Great Mystery is a special release because it’s the first fully realized album of all original music that Treavor and Amani have produced together, even though it is the 8th full album in the Desert Dwellers catalog. The title of the album is derived from a Terrance McKenna quote, “Life is like a moment, we’re born out of a mystery, and we die into a mystery.” The duo notes, “Life and Death are great mysteries and we felt that was a pretty amazing theme to go with.” The album also features a talented cast of collaborators including Rick Hunter playing oud, singer Megan Chandler, violinist Hannah Thiem, Ixchel Prisma, Anuradha Genrich, and a host of others. The duo also worked with notable engineers including Torin Goodnight (Bird Of Prey), Benjamin Last (Temple Step Project), Yulu Fershtat (Perfect Stranger), and James Lumb (of Electric Skychurch fame) who did analog summing that really transformed the sound quality of the album.

Bringing the electronic music vibe to the yoga scene, and tribal grooves to the electronic dance scene, Desert Dwellers’ global sounds are the bridge between the worlds of dance and movement. Joining solid groove with sounds of serenity, their signature aesthetic feels as natural on the dance floor as it does after hours or on the mat. The result has been the prolific production of genre blending dance tracks and chill-out grooves that make for truly memorable listening experiences.